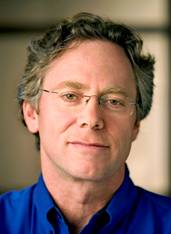 A serial technology entrepreneur who in the last 30 years has been involved with 5 US based Electronic Design Automation (EDA) start-up companies which have all been successfully acquired. In each case Simon was the first employee or founder in and developed and established the business. The most recent was Co-Design Automation, Inc - which he co-founded in 1998, managed as President, CEO and Chairman, and sold to Synopsys, Inc., for $36M in mid 2002.

Currently, Simon is the founder and CEO of Imperas Software, Ltd., a company focused on developing tools to make developing embedded software for multi-core processors easier, more efficient, and less costly. The company was initially funded by Accel Partners, and Pond Ventures, but after Accel lost interest due to staff changes, Simon completed a Management Buy Out. Imperas is now fully owned by its staff, profitable, cash flow positive, growing fast, and developing world leading products for embedded software developers.

Simon has been a Board advisor or Non-Executive Director of several private companies, and was Non-Executive Chairman of a company funded by Scottish Enterprise. Simon is a Visiting Professor at the Centre for Digital Music, Queen Mary, .

Each start-up company Simon has been employed in has been at the cutting edge of advanced EDA software. It is EDA software tools that enable the development of large silicon Integrated Circuits and Systems-on-Chips. EDA is the technology that leading chip designers use - it is technology for technologists.

Having started in the late 70s as an EDA researcher at Essex and in the , Simon moved to the to sell the simulation software he helped develop at Brunel.

In 1988 Simon became the first European employee of Gateway Design Automation, Inc., the developers of Verilog (the first real Hardware Description Language), and as the company grew managed the technical resources in . After the merger with Cadence Design Systems, Inc. - the largest global EDA company, Simon assisted in the setting up of the EuCAD consulting group which pioneered the service business model in EDA. Simon was the Business Development manager specifying and managing projects and selling the services across .

During 1993 Simon became Vice President and General Manager of the European operations of Chronologic Simulation, Inc. - the developers of VCS - the leading Verilog simulator of the 90's. (Verilog is the language of chip designers.) This role involved setting up a new business in a new territory () and selling and supporting the products. Chronologic was acquired by Viewlogic, Inc, and VCS is now owned & marketed by Synopsys, Inc.

In 1995 he set up the European operations for Virtual Chips, Inc., a pioneer in the re-useable silicon Intellectual Property business and helped develop that business area by forming the based RAPID industry organisation to promote the silicon IP business. Virtual Chips was acquired by Phoenix Technologies Ltd, and was then spun out as the Nasdaq public company inSilicon, Inc.

Simon then co-founded Co-Design Automation, Inc, and spent the next 4 years as CEO growing the based company, and commuting between Silicon Valley and . The company had staff in East/West US and a subsidiary in Oxfordshire. The focus of the company was to become a leading provider in simulation solutions for design and verification and to develop the first 'next generation' Hardware Design and Verification Language (HDVL) and to see it proliferated. Co-Design succeeded in accomplishing this and got the industry standards bodies, Accellera, and IEEE, to adopt SUPERLOG as their new language standard. SystemVerilog 3.0 (as it became known) gained many large and important design wins with key customers and developed relationships with System Design and platform partners. Co-Design was acquired by Synopsys, Inc. in Sept 2002. Simon co-authored the definitive book on SystemVerilog.

As one of the key people involved with the many phases in the life of the Verilog HDL, Simon was asked to co-author a technical paper in the ACM History Of Programming Languages conference. The conference is for invited papers and occurs once every 10 years. The paper was published in June 2020 and can be downloaded here: Verilog HDL and its ancestors and descendants.

While working in Europe for US companies, and in managing a company from the , Simon has gained significant understanding of what it takes to start a company, manage it as it grows, and manage it across different sites and cultures.

Simon is a collector of old radios, has owned and raced four 1930's Riley racing cars, and is working on building up a vintage guitar collection while playing the cello that he has been learning to play since 2014. He has participated in three London Triathlons, raised money cycling with Lance Armstrong's LiveStrong Cancer Charity, and runs/cycles when he can find the time. In 2011 Simon took up Olympic Skeet competitive shotgun shooting, has been Oxfordshire County Champion three times, South East UK Champion (veteran class), class winner at the English Open, British Grand Prix silver medalist (veteran class), English Open Champion (veteran class) in 2018, UK Open Champion (veteran class) in 2021, and has represented England 4 times in international competition.

In 2015 Simon cycled 956 miles in 10 consecutive days from John O'Groats in northern Scotland to Land's End in southern England (JOGLE) to raise over $15,000 for a cancer charity. There is more information and his daily blog here.

Summary of Activities and Employment

2004-current - Visiting Professor, Queen Mary, . As part of Centre for Digital Music, role is to assist with entrepreneurship and spin outs.

2005-2008 Imperas, Ltd - Founder, CEO, Chairman. Raised $7M in VC funding from Accel Partners, Pond Ventures. Focus of company was to develop software tools to assist in the programming of multi-core embedded processors and systems. Built the team, managed all aspects of the company.

1998-2002 Co-Design Automation, Inc. Co-Founder, President, Chairman, CEO. Co-Architecting the SUPERLOG language as a superset of Verilog and by working with Accellera made Superlog into a new IEEE standard. Developed the business plan, raised 3 rounds of funding, built the team, managed all aspects of the company, and successfully sold the company to Synopsys in Sept 2002.

1997-1998. Ambit Design Systems, Inc. Vice President and European General Manager. Set-up and developed European operations to market, sell, and support new generation of synthesis products. Hired staff and distributors across Europe and made the most successful worldwide region. Ambit was sold to Cadence in 1998 for $280M.

1993-1995 Chronologic Simulation, Inc. Vice President and European General Manager. Set-up and developed European operations of EDA software simulation developer to market, sell, and support the new VCS product. Hired staff and worked across with distributors. Chronologic was sold to Viewlogic in 1995 which was subsequently acquired by Synopsys. Inc.

1980-1984 - - Research Fellow. As part of small team developed - the first RTL simulation system. GenRad acquired marketing rights and in 1983 went to live in US to sell and support .

Co-authored the invited ACM paper: Verilog HDL and its ancestors and descendants.